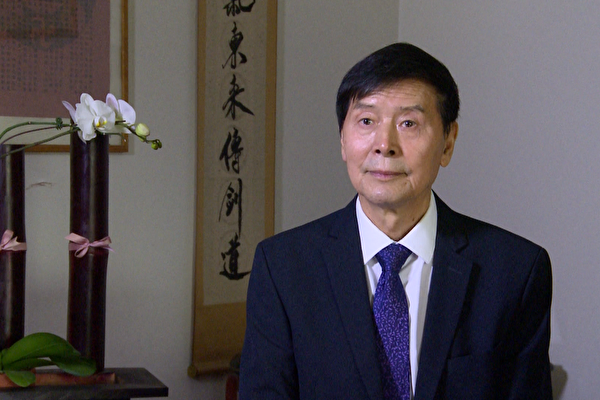 This year the competition will include a preliminary competition in Germany for the first time, in addition to the North America and Asia-Pacific preliminaries. The competition standards will also be stricter than in previous years.

Two characters comprise the Chinese word for traditional: 傳統 or “chuan tong.” The emphasis here is on the first character “chuan,” which means “transmission” or “to pass on.”

“Traditional martial arts are a form of martial arts that in the past were always passed down by a master,” Li Youfu said. “No matter whether it is internal or external schools or sects [內家拳、外家拳], the martial art is very distinct and possesses its own different characteristics. Although in the process of inheritance, it is possible that the number of movements or the starting and closing positions may go through some changes, these schools are still classified as traditional martial arts.”

Mixed martial arts lack the inner meaning that traditional styles possess, with almost everything today considered martial arts. “Even gymnastics and ballet have been mixed in,” Li Youfu said.

These mixed martial arts movements do not meet the requirements of NTD’s competition, and the judging panel can tell at a glance whether a martial artist is practicing a traditional or new form.

Martial arts are a part of China’s 5,000 years of divinely imparted culture.

“In the past, during the process of transmission, the master would select disciples to teach, and cultivate their disciples’ morals or martial arts virtue [武德 wude]. This is the most important aspect of traditional martial arts,” Li Youfu said.

For this reason, Li Youfu encourages young people who wish to learn traditional martial arts to start with learning martial arts virtue. A martial artist must not only preserve relentlessly in their practice and be able to restrain him or herself, but must also have a clear objective for learning – to stop evil and protect goodness.

“Martial arts virtue is simply to put a stop to evil and to take care of the kind,” Li Youfu said. “In the past, when I was practicing martial arts and others asked me to compare my skills against theirs, everyone just went so far. But when you actually encounter life-threatening danger, and you truly have a kind of spirit of righteousness, where you would be willing to sacrifice your own life for others, this is the manifestation of a person’s fundamental virtue. If we are able to pass this down, the unhealthy atmosphere in society would improve a lot.”

He said that for these reasons, the 2019 International Chinese Martial Arts Competition hosted by NTD pays special attention to these traditions and to martial arts virtue. “The purpose of learning traditional martial arts itself is to have defense capability, a healthy body, an unyielding will, and also to cultivate bravery. Facing difficulties, you will be able to be fearless and step forward bravely to stop evil things.”

Junior Division Added to Ensure Traditions Will Pass Down

Li Youfu believes that the spirit of learning martial arts of his youth is now hard to find. “In my youth, if my master had said that I would practice with him the next morning, I didn’t even dare to sleep. I was afraid I might oversleep. At that time some of my classmates had been determined to practice martial arts with me, but they couldn’t manage to get out of bed on time the next day. Some of them practiced for a few days, and some for a few months, before they were unable to persevere further. That is to say that practicing traditional martial arts is a lifelong learning process and involves self cultivation.”

The judging panel has added a junior division this year for 10 to 18 year olds to develop and encourage a new generation of traditional martial artists.

As the standard of contestants in the NTD International Chinese Martial Arts Competition has increased, the judging requirements and scoring standards have also become more stringent. “The contestants are from all over the world, so only those who could achieve at least third place, at the level of excellence awards, will go on to the final round,” Li Youfu said.

Ensuring that these traditions are passed down is not an easy task, but Li Youfu believes that the efforts of the competition team have been very effective. “Now the whole world knows about the competition. I have met with many of the older generation masters, and some of them have publicly expressed their support, while some of them secretly support us. Some of the old masters have gathered their favorite students to train together, specifically to participate in the martial arts competition hosted by NTD.”

“Former head trainer of Philippine President Ferdinand Marcos’ Presidential Guards, Great master Shen Maohui said to me in tears, ‘If NTD can do this thing, traditional martial arts are saved.’ He has since passed away, we are all very sad. So it is even more necessary to preserve and pass down these traditions.”

Li Youfu has served as the judging panel chair since the competition’s inception in 2008. He said that some children who were not even born when the competition started now practice martial arts very well. He senses that the traditional martial arts now have worthy successors to pass down these traditions.

Li Youfu realizes that the great masters, those who have devoted their lives to traditional martial arts, are even more aware of the important mission of NTD’s International Chinese Martial Arts Competition.