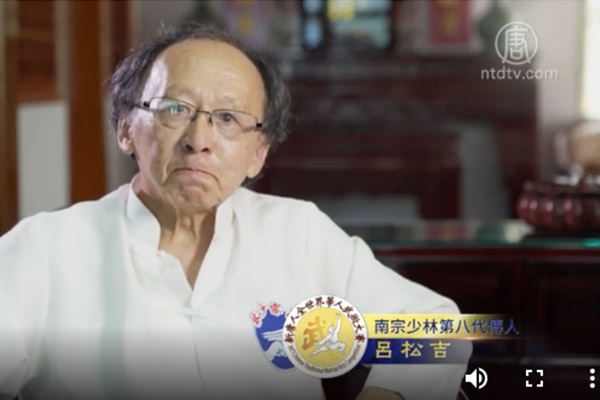 Passing down tradition, martial arts are considered the Dao, and virtue is first. Many
different schools’ highly skilled martial artists come together to again reveal the
essence of martial arts.

[Lu Songji, Eighth Generation Descendant of the Shaolin School in the South]:

"I am Lu Songji, eighth generation of the Shaolin folk school in the south.
Fortunately, NTD Television is contributing in this way– it’s truly very good. Chinese
martial arts culture pays attention to the spiritual level. This is just like what your
platform is developing and rousing, very good."