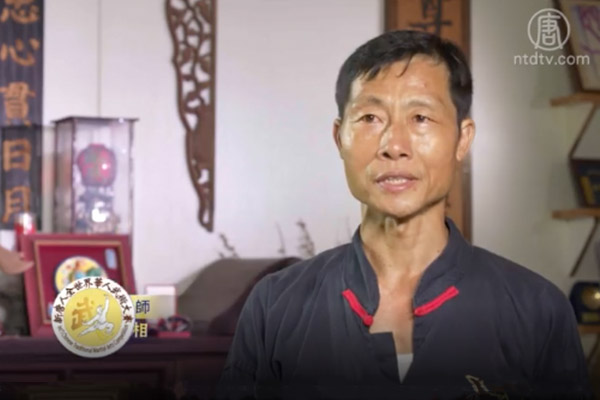 “I am Lin Changxiang, eleventh generation disciple of teacher Gao Daosheng, who passed down the Long Fist Praying Mantis School. I wholeheartedly wish that the fifth NTD International Chinese Martial Arts Competition will be held successfully, and I also hope that this grand event will continue to be held in the future. If people function as the fuel, the fire will not go out [the traditions will be preserved]. These cultural things – the nation can be eliminated, but the culture cannot be eliminated, and history cannot be eliminated.”